Always 2 of the 4 Parker Brothers At Your Door

Parker Brothers Carpet Cleaning is pleased to have been a productive member of the Collin County community for many years. Over the years, we have been welcomed and well-received in areas such as Frisco, Allen, Plano, and McKinney. Our business has prospered and our family enjoys the fine quality of living that Collin County has to offer.

As our time and budget allow, we try to show our appreciation by supporting nonprofit organizations that contribute to and improve that quality of life. Many of these organizations have carpet cleaning needs, just like your house and ours. We are proud of our long-standing record of providing our service as carpet cleaners to many of these nonprofits at reduced rates. As you read a little bit about some of these below, please consider supporting their efforts with your time and resources.

The Heard-Craig House is located at 205 West Hunt Street in McKinney. Their phone number is (972) 569-6909. A nonprofit trust, the ladies of Heard-Craig work to promote the fine arts through educational programs and exhibits, provide meeting facilities for women’s clubs, and honor the legacy of the Heard and Craig families through the preservation of historic properties. There are 24 clubs and groups currently meeting in the facilities, and during the past year, more than 32,500 guests attended events at the Heard-Craig Center for the Arts. 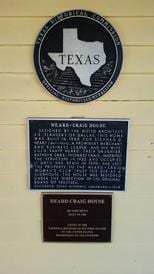 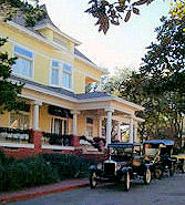 The mission of the Collin County Children’s Advocacy Center is to reduce the traumatization of all reported child abuse victims and their families by facilitating a comprehensive multi-disciplinary team approach to prevention, detection, investigation, prosecution and treatment of child abuse. They are located at 2205 Los Rios Blvd, in Plano. Their phone number is 972-633-6600. They were recently able to expand their facility enabling them to be even more of a service to Collin County.

The Mission Statement of The Dallas Museum of Art is to collect, preserve, present, and interpret works of art to the highest quality from diverse cultures and many centuries, including that of our own time. The DMA strives to engage and educate our community, to contribute to cultural knowledge, and to advance creative endeavor.

Allen Community Outreach strives to help those less fortunate in our community. Services they provide can include rent and utility assistance, information and referral to community services, food/clothing assistance, job counseling and placement, and Meals-on-Wheels. They are located at 301 West Boyd Dr, in Allen. Their phone number is 972-727-9131.

Meals on Wheels and Senior Services of Collin County is a division of Collin County Committee on Aging which is a 501(c)(3); a private nonprofit organization committed to serving the needs of the elderly residents within Collin County since 1976. Today, assisted by over 700 volunteers, in excess of 950 home delivered and congregate meals are served daily from our kitchen. Located in McKinney, Texas, Meals on Wheels offers the following services:

About the American Heart Association

The American Heart Association is devoted to saving people from heart disease and stroke – America’s No. 1 and No. 4 killers. We team with millions of volunteers to fund innovative research, fight for stronger public health policies, and provide lifesaving tools and information to prevent and treat these diseases. The Dallas-based association is the nation’s oldest and largest voluntary organization dedicated to fighting heart disease and stroke. To learn more or to get involved, call 1-800-AHA-USA1, visit www.heart.org or call any of our offices around the country.

Parkland Memorial Hospital, built in 1954, is vastly undersized for current patient volumes. Dallas County's population is projected to double by 2025, yet Parkland currently operates at full capacity with no flexibility for meeting greater demand. The way health care was delivered more than 50 years ago has changed greatly, and Parkland must change to effectively meet the health care needs of Dallas.

Recognizing the pressing need for a new hospital facility, Parkland Foundation has embarked on a campaign to raise $150 million to help fund the $1.27 billion project, which includes a 862-bed hospital, outpatient center and office space on the north side of Harry Hines Boulevard, across from the present facility. The I Stand for Parkland campaign will build on the grand Dallas tradition of public-private partnerships, setting the new standard for what can be done when champions of a noble cause - the health and well-being of our community - come together to support a vision for growth and innovation that will benefit all residents and help secure our region's future prosperity.

The Dallas philanthropic community is standing up to support the building of a new Parkland. With unprecedented lead gifts of $50 million and $25 million from Annette and Harold Simmons and Jan and Trevor Rees-Jones, respectively, and a host of other supporters, Parkland has already surpassed the halfway point of its $150 million, five-year capital campaign.

The Make-A-Wish Foundation® traces its beginning to one boy’s wish to be a police officer, and to date, more than 215,000 wishes have been granted to children with life-threatening medical conditions in the United States and its territories.

There are Make-A-Wish Foundation chapters serving all areas of the United States, as well as international affiliates spanning five continents. Each chapter is responsible for granting wishes for eligible children within its designated geographic area and for raising the funds to fulfill those wishes.

All his life, Christopher James Greicius dreamed of becoming a police officer. But he couldn’t know that his wish would be the inspiration for the largest wish-granting organization in the world.

In 1980, 7-year-old Chris Greicius was being treated for leukemia. Every day, he dreamed of becoming a police officer. U.S. Customs Officer Tommy Austin had befriended Chris and his mother, Linda Bergendahl-Pauling. He also promised Chris a ride in a police helicopter. When Chris’ health worsened, Austin contacted Ron Cox, an Arizona Department of Public Safety officer, and planned a day that would lift Chris’ spirits.

On April 29, 1980, Austin and a caring group of DPS personnel started Chris’ day with a tour of the city in a department helicopter, which also flew him to headquarters. Three cruisers and a motorcycle officer greeted him before his meeting with the DPS command staff. There, Chris was sworn in as the first honorary DPS patrolman in state history.

But his experience didn’t stop there. Cox contacted John’s Uniforms, which agreed to make a custom-tailored DPS uniform for Chris. The store owner and two seamstresses worked through the night to finish it. The officers presented the official uniform to Chris on May 1 and arranged a motorcycle proficiency test so he could earn wings to pin on his uniform. Needless to say, Chris passed the test with flying colors on his battery-operated motorcycle.

On May 2, Chris was back in the hospital. He asked to arrange the room so he could always see his uniform, his motorcycle helmet and his “Smokey Bear”-style campaign hat. DPS motor officer Frank Shankwitz presented Chris with his motorcycle wings. He accepted them with a smile that lit up the room. The following day, Chris passed away, but not before seeing his dream come true and experiencing the hope, strength and joy that came from receiving his wish.

Chris was to be buried in Kewanee, Ill. DPS spokesman Allan Schmidt promised that two Arizona officers would make the trip to Illinois to say goodbye to Chris. Scott Stahl, a DPS officer and Joliet, Ill., native, joined Frank Shankwitz on the poignant mission.

They saw how happy Chris was knowing his wish came true, and that the wish seemed to take some of Chris and Linda’s pain away – replacing the anguish with smiles and laughter. They thought that if one boy’s wish could create such happiness, maybe they could do the same for other children. They presented the plan to the people who helped grant Chris’ wish. Linda and others endorsed the plan. Thus, the Chris Greicius Make-A-Wish Memorial – which later became known as the Make-A-Wish Foundation – was born.

The Foundation’s first donation was $15 from a grocery store manager. He pulled the money from his wallet after Shankwitz, who was working off-duty as an undercover security officer at the store, told him about the plan.

In November 1980, the Foundation received its tax-exempt status as a nonprofit organization and began fundraising in earnest. Media reports inspired people throughout Arizona to generously donate to the Foundation’s first wish. By March 1981, the Foundation had raised more than $2,000, enough to grant another child’s wish.

By 1982, the Make-A-Wish Foundation had granted a total of eight wishes to children in the Phoenix area when it caught the attention of “NBC Magazine,” a national news program. The story began with the account of Chris’ wish and featured Linda Bergendahl-Pauling and Tommy Austin sharing how Chris’ dream came true. The reporter highlighted the beginnings of the Foundation and how a few children and their families were delighted by the worry-free wish experiences. Suddenly, millions of people saw how the Foundation impacted children and how we can all share the power of a wish®.

To date, more than 215,000 wishes have been granted to children with life-threatening medical conditions in the United States and its territories.